Showing posts from February, 2018
Show all

Why We Do What We Do 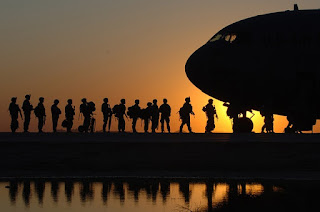 Here is a sobering thought: Nearly three-quarters of Americans age 17 to 24 are ineligible for the military due to obesity, other health problems, criminal backgrounds or lack of education, according to government data.   That's a harsh reality check for the Pentagon’s plan to recruit tens of thousands of new soldiers, sailors, pilots and cyber specialists over the next five years. From Politico .
Read more
More posts