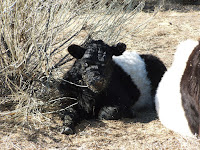 If you spend much time with me at a Farmers Market, you might note that I try to avoid being controversial with my customers.  Our market stand is not the place for me to preach about the benefits of organic practices to the soil, or the relationship of proper farm animal care to the quality of the final meat product. Unless someone wants such information, I figure that I am selling to the converted, not trying to convert.

That desire to avoid too much controversy tends to extend to this blog. Today, though, I have an issue that has been bugging me a bit and I want to share a few thoughts. I typically do not open the Comments section on this page, but feel free to leave any thoughtful comments at the bottom of this post.

This issue is, does the whole pastured animal movement in food really matter to the animals? The cattle that go to a feedlot are generally there for only six months to a year, depending on their age at purchase from a farmer. Your typical industrial grocery store beef is only about 18 months old at slaughter. Your typical grocery store chicken is much younger than that. The Cornish Cross breed which fills our store shelves grows to full size in only 10 weeks. No matter what you think about the conditions in which the tens of thousands of industrial chickens and thousands of beef cattle are raised, does a 1 1/2 year old beeve or 10 week old chicken really care about the environment in which it is raised?

Probably not. But I think that we are asking the wrong question. The question is, what does raising animals under such conditions do to us?

I worked at a summer camp during college. The camp director used to like telling the story of his first hunting experience with his grandfather. His grandfather always stressed that the primary purpose of hunting was for food, not merely for sport or trophies. On one of his first "hunting" experiences as a young boy, he shot a crow with his .22 - just for fun and practice. His grandfather witnessed the kill, applauded his grandson's shooting accuracy, then asked, "How do you plan to eat the bird?" The bird was prepared, cooked and eaten - though not exactly a gastronomic delicacy - and the young man never forgot the experience. His grandfather was teaching him to respect the animals that he was killing for food.

Did the bird care that it was eaten? No, but it made an impression on how that young man looked at the bird and other creatures. He respected the animals that he hunted, always worked toward a quick kill, and he ate what he hunted.

I think that the same is true for how we raise our food supply. As a meat producer, I obviously have no moral, religious, philosophical, psychological, or nutritional problem with killing animals for food. In fact, I believe that meat protein is necessary to a healthy diet for most of us. Nevertheless, treating animals an mere commodities for our consumption, rather than respecting the life of the animals that feed us, cheapens our view of the lives of these animals, and in turn the world around us.

Most of us who grew up in the late 20th century America experience huge and unprecedented growth in consumerism. Things that were unimaginable 100 years ago are now readily available, and fairly cheap, at a local store. We have been conditioned to get what we want, when we want it, in large quantities and at low prices. Unfortunately, this industrial explosion has created a disconnect between us and the origins of our products, and the impact that such production has on the world around us.

The whole topic of the effects of our consumer society on our lives could fill several book, so I will get back to some basics. I am an advocate of small steps. As humans, we have three basic needs in life - food, clothing, and shelter. Pick one of these and start learning about the practices that lead to providing that part of your life. If food is your topic of choice, learn about how the animals are raised and whether the farmer cares about the animals or just the bottom line. Learn about the feed provided to the animals. Large scale GMO grain farming has a greater negative impact on the environment than does farming for organic feed. Learn about how the animals are killed and processed, and whether the processor spends all of his or her time killing animals, or whether the killing process is only part of the week's work.

Some, and perhaps many, who read this post will not find any significance in my views. Regarding food, they want what they want, when they want it, and the lowest price possible. In my humble opinion, cheapening the view of the lives of the animals that we eat also cheapens our view of the world around us, including the lives of other humans.

Popular posts from this blog

To all are friends from Viresco Farm, It has been quite a year with may trials at a personal, national, and international level.  However; it has also been a year of blessings, with love, help, and support coming from may unexpected places.  We would like to thank all of you for continuing to care for us and the success of Viresco Farm.  We will continue to work to bring all of you the best beef possible in the years to come and with Grace we will continue to grow.  We are starting this year with two new furry family members, Leia, and Sampson. (4 months and 40 Lbs)   They have been learning their new job by helping to take care of our bottle calf, Eleanor.   But soon they will be tending to the new calves that we are expecting in 2021.   With all this talk of beef, I need to remind you that we still have a large stock of pork available on the website and bones for making soup in this cold season.  So, to tempt your taste buds I will share some more recipes that we enjoy here at the f
Read more

Orders Keep Flowing In Farm-to-table delivery is growing The year 2020 is off to a great start here on the farm, and we have YOU to thank for spreading the word about our pasture-to-porch proteinaceous products! As a reminder, new customers get a 10% discount plus free delivery on their first online order. If you refer a friend or family member, have them put REFERRAL in the code section at checkout. Ask them to list your name in the comment box and we will send you a code for a discount on your next order.
Read more 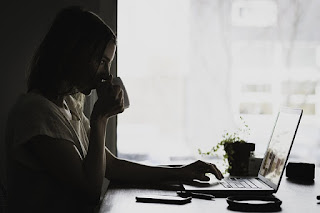 Our new Farm-to-Porch delivery service starts this week. Add local, pastured beef, pork, and chicken to the list of things that you can order online and have delivered to your home. Here are the basics of our new delivery service. Schedule: El Paso County - 1st and 3rd Mondays Fremont & Pueblo Counties - 2nd and 4th Mondays (No deliveries will be scheduled on 5th Mondays.) Fees: $5.00 for orders up to $49.99. $2.50 for orders between $50.00 and $99.99. Free delivery for order of $100 or more. Egg-only orders - $1.00 per dozen fee, up to a maximum of $5.00. The Process: Go to the Place Order page on this site. Complete your online order (at least 48 hours before you delivery date). You will receive an email with your invoice. You may pay online or with your delivery. On the date of delivery, leave a cooler on your front porch (or other convenient location). If you did not pay for your order online, you may leave payment in your cooler. (If you do n
Read more